Lord, When Did We?

A recent #Metoo commercial has a series of male celebrities satirically saying: “Boys will be boys.” It ends with the message that this mentality must be stopped and that “Together we can raise a generation of boys who respect women.” The first time I saw that commercial I thought: “I don’t want to raise a generation of boys! I want to raise a generation of MEN.” But my thought is probably not that popular. We hear constantly that “toxic masculinity” needs to be eradicated and “the damsel in distress” trope needs to be overcome. The perspective taken by the feminist movement and liberals in general is that gender is simply a “social construct.” Since gender is simply a “social construct” (intimating a wrong construct) we have every right to socially “deconstruct” gender.

Let’s think about this. Isn’t this a self-defeating assertion?  If gender is indeed simply a social construct that “we” as a society have the right to deconstruct, then there is no solid ground for any social construct, including a “genderless” or “equality” construct. Which means the same justification can be used against the gender(less) construct that our current culture is trying to create. When the tides turn, how can there be any legitimate objection— after all, it’s all a “make believe” social construct? Which means the whole genderless construct itself can go right out the window just as easily as discarding traditional gender roles can be tossed aside.

But, what if gender is not just a social construct, but innately a part of who we are and how we have been designed? What does that design look like?

Men have been designed with the gift of independence. That does not mean that women are not or cannot be independent. It simply means that the primary driving character of masculinity is independence. Independence is crucial for courage, strength, the pursuit of resources and provision for survival. Independence is what strikes out into the world to get things done. God’s unique design for men is seen in Genesis where Adam is for a time alone and placed in the garden to “keep” it. It was his job to go out and work the garden and it was his job to protect it. This is the gift of independence.  Can this gift be abused and corrupted? By all means. This is where the “toxic masculinity” comes from. It is the abuse of this innate gift- it is not a result of a social construct around gender. And consider this. God specifically said: “It is not good for man to be alone.” Which automatically intimates a complimentary need for dependence. But God did not create another man. He created something different. He created a woman. 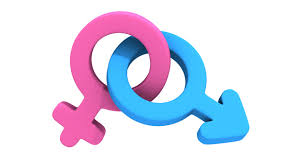 Women have been designed with the gift of dependence. That does not mean that men are not also dependent. It simply means that the primary driving character of femininity is dependence. Our culture discounts dependence as weak and needy. But it is not. Dependence is vitally important to society. Without dependence, you cannot have strong community, you cannot have vital human connection. You cannot have driven group effort or human nurturing. Eve was created from Adam as his “help mate.” Our culture views that as degrading thinking Eve was an “afterthought” and only Adam’s side-kick. But that is not the Biblical view. There are no afterthoughts with God. Everything He does is done with forethought. His plan included Eve from the beginning. Eve’s gift of dependence does not just mean that she is the dependent one- but as the help mate she is just as much a depended on one. It is Eve who brings the complimentary element of dependence and connection of human relationships. This is why Adam proclaims at first sight of her: “At last, bone of my bone and flesh of my flesh!” Women have the gift of nurturing and binding people together in strength. Proverbs 31 says of the ideal woman that “her children rise and called her blessed.” That is not because she did a great job doing laundry and making PB&J sandwiches. It is because she did a great job investing in them as individuals and connecting them as a family who depends on one another.

Can the gift of dependence be corrupted? Absolutely. This is where the “needy” girl and the “damsel in distress” comes from. But that is the result of women and their own flawed hearts in how to relate to men. It is not the result of gender social constructs. Feminism thinks the answer to this problem is to look at men and say they are to blame, while at the same time encouraging women to be more like men- strong and independent. (The very thing they accuse men of being so bad at, they think they can be better at and not abuse?)

If we accepted and embraced our innate design what would we get? Men with the gift of independence striking out into the world and women with the gift of dependence sowing community. We would get men who would rub off their character of independence on women- encouraging their own independence and striking out into the world. We would get women who would rub off their character of dependence on men which would mean building stronger community. This is what a solid future looks like. The future is not female. The future is not genderless. The future is men and women embracing their God-given design and complimenting one another with the best of both. 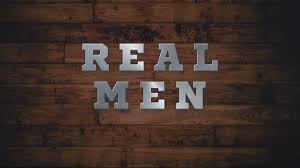 I would argue the true issue today is not rooting out “masculine toxicity” and defying gender roles, but rather defining what a “Real Man” ought to look like. (And what a Real Woman ought to look like, but we will tackle that in another posting.) In pop culture and media today men are portrayed in one of the following ways: Aggressive and oppressive (Case in point Gale from The Hunger Games), weak and feminine (Case in point, Peeta from The Hunger Games), or stupid and clueless (Case in point, any father character on any modern TV program). None of these are positive examples for our young men to look up to or emulate. None of those depict what a real man looks like.

A real man will stand up for justice and protect the weak, even at the risk of his own life. I saw my husband do this outside a sandwich shop when a young woman was being verbally and physically abused by a man. My husband stepped in and placed himself between that man and that woman. He protected her and directed others to call 911. (By the way, none of the women who were watching did anything to step in and protect their fellow “sister.”) Because my husband stepped in between the abuser and the abused, risking his own safety, that woman was saved.

I know another man who did the same thing. In the Middle East it is widely known that the punishment for adultery is death by stoning. Amidst a crowd of people clamoring to stone a woman accused of adultery this man stepped between her and the crowd and said: “Whoever among you is without sin may cast the first stone.” Because of His intervention that woman was saved. (John 8:1-11)

Real men intervene to save.

A man’s drive to protect also means answering the fear of others with the assurance of security. I saw my husband do this just last night. We had probably the worst storm we have had in a long time. At 3 AM it was POURING rain, lightning was flashing and the thunder was shaking the house. Our 14-year-old dog was crying, pacing and terrified of this storm. I thought: “Maybe I should grab a blanket and lay on the floor with her.” But my husband got up and did it. He laid on the floor with our dog wrapped up in his arms and held her until she felt safe and secure.

I know another man who answered the fears of the ones he loved in the midst of an awful storm on the sea of Galilee. He stood up and said: “Why are you afraid? Where is your faith?” He reminded them: I am here with you. I will protect you and keep you safe. And then He calmed the storm. (Matthew 8:23-27)

Real men make those who are afraid feel secure.

A real man is not one who abuses his strength and power to oppress others. A real man is one who uses his power and strength to sacrifice himself and his selfish desires for others. I see my husband do this every day. I watch him figuratively sacrifice himself and his desires for those of his wife and daughter. He is not perfect. But even when he acts out of a place of selfishness or pride, he is quick to realize it and change course. (Far quicker about it than I am.) Not only does he sacrifice his life figuratively- I know he would die for me. Literally. I have seen him take that risk to protect someone he does not know. How much more would he do that for the wife he loves?

I know another man who demonstrated this truth. He gave up His life and died on a cross to save me from the wrath of God. He took my cosmic punishment to save my life. Because He died, I live- now and forever. He didn’t just do it for me. He did it for you too.

For God so loved the world that he gave his only son, that whosoever believes in him shall not perish, but have everlasting life.  God demonstrates his own love for us in this: While we were still sinners, Christ died for us. (John 3:16, Romans 5:8)

Real men give up their lives for others.

My husband exemplifies a real man for one reason and one reason only: He knows the ultimate real man: Jesus.

And he died for all, that those who live should no longer live for themselves but for him who died for them and was raised again. (2 Corinthians 5:15)