His Whistle is Louder

Five years ago I was sitting in Starbucks with a 3 –year-old Grace on my lap and a dear friend to my right. This friend (who is not a believer) was in one of the hardest places I have ever seen. Her marriage was in trouble… deep, dark trouble. I know Grace was clueless about the conversation, but I’m certain she could feel the weight of the moment. My friend was feeling crushed. Her soul was in peril. Then, in what I can only call a moment where the Holy Spirit was pricking though the confines of this world, Gracie suddenly pronounced: “Jesus is SAFE!”

My friend stared in the distance and repeated: “Yes, Jesus is Safe….”

I have cogitated on this statement for a long time. When it first occurred I asked my closest friends to share what verses or Biblical truths came to mind to prove “Jesus is Safe.”

None of them could do it. To a person they came back with a reverent and gentle admonishment, that Jesus most certainly is NOT safe. Many of them specifically pointed to C.S. Lewis’ Christ character, Aslan, in The Lion, The Witch, and the Wardrobe:

Aslan a man? Certainly not. I tell you he is the King of the woods and the son of the great Emperor- 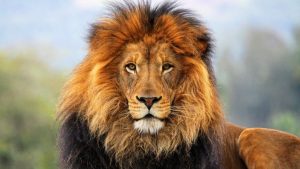 beyond-the Sea. Don’t you know who is the King of Beasts? Aslan is a lion – the Lion, the great Lion.”

The resounding conclusion was: Jesus is not safe, but He is good.

While I appreciated the C.S. Lewis perspective (and have a sweet regard for the use of fiction to help point us to the gospel) Jesus is more than Aslan, and fiction is not scripture. I kept feeling like there was more here, something we were all missing. For five years, this moment, this uttering from my 3-year-old: “Jesus is safe!” has continued to niggle at me.

I’ve heard many sermons over the years that support the claim that Jesus is not safe. To their credit they’ve pointed to important truths. Most have dealt with the issue of God’s wrath and judgment, either at the end of this life or the 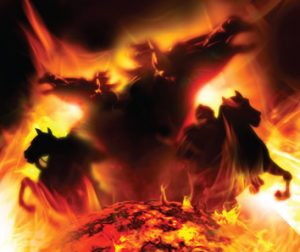 end of this world. These sermons point to Jesus as the coming King who will judge the earth. His winnowing fork will separate the wheat from the chaff, and his scorching fires will cast judgment that destroys. When Jesus comes in judgment of this world- He won’t be safe. He will scorch the earth. This is true.

Other sermons have claimed Jesus was not safe because of His power of sanctification—God’s transforming us through life’s circumstances. Followers of Jesus are never promised an easy or “safe” life. On the contrary, there will be challenges, persecutions and suffering in the life of every believer.

Please don’t misunderstand, I am not disputing any of these arguments. I think they are quite real and true. I by no means wish to contradict these truths. I imagine that Jesus coming in his glory to judge the earth will be a terrifying and awe-inspiring moment. And I do know from personal experience that the life in Christ is not a “safe” life free from harm, struggle, persecutions or trials.

In spite of this, I would like to argue that Jesus is Safe. 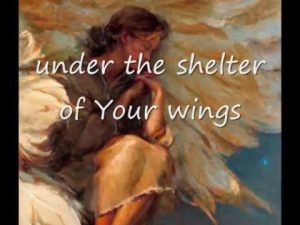 With his feathers he will cover you, under his wings you will find safety. His truth is your shield and armor. (Psalm 91) (ISV)

Let’s think about just exactly what kind of “safe” Jesus is for us. Notice the Psalmist says “my soul takes refuge in my God,” not “my physical body, material life or emotional status,” but my soul. This makes clear that there are spiritual dangers to our soul that are far graver than the dangers to our mortal bodies or the discomforts to our emotional life. The threat of illness, pain or death, a troubled marriage, hurt reputation or wounded heart is minor in comparison to the imminent danger to my soul. My mind harkens to the Jews in Egypt at that first Passover, holed up in their homes under the cover the lamb’s blood over their doors— SAFE as destruction (the angel of death) passes by them.

The Psalmist says: In the shelter of His wings my soul is safe.

Yet, while we are saved from the fires of God’s wrath and judgment, we are not spared completely from the flames. I would argue that in this circumstance Jesus is still “safe” for us. When we look at the power of fire- it can be for 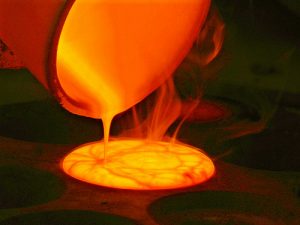 destruction or for purification. For believers, Jesus’ role in our lives has a sanctifying (aka purifying) effect. Like the heat of fire used to cleanse metals of impurities, Jesus purifies us through the circumstances of this life and the truth of his word. There is certainly nothing comfortable about that! But purification is not utter destruction. Purification is a strategic strike to destroy what is “bad” without destroying everything. Whether innocent suffering or self-inflicted consequences are the source of our pain, the purifying fires of Jesus are not going to destroy us. On the contrary, they are making you and I into gems of His glory.

But, I think perhaps the greatest illustration of Jesus is safe is in His role as the Good Shepherd who cares for his sheep. 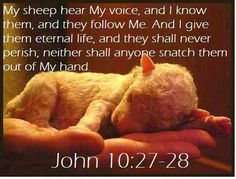 My sheep listen to my voice; I know them, and they follow me. I give them eternal life, and they shall never perish; no one will snatch them out of my hand. (John 10:27-28) (NIV)

Once you are a follower of Jesus, there is nothing that can take you from Him, nothing that can separate you from the presence and safety of being in the palm of His hand. No matter what trial, suffering or evil you endure in this world, no matter what painful “purification” process the Lord has you going through, nothing can snatch you from the hand of Jesus or the eternal life He gives you. Jesus is safe…. Forever.

John 3: 36 says- He who believes in the Son has everlasting life; and he who does not believe the Son shall not see life, but the wrath of God abides on him. (NKJ)

Because of Jesus we are safe from the judgement of God that would cast us into the outer darkness and leave us forever separated from the only source of love and life in the Universe—the Lord God himself. There is something far more dangerous for your soul than any danger to your physical (or mental) safety in this world. Popular culture has depicted hell as a place of fire and brimstone, but the reality of hell is something I fear will be much worse. The judgement of the Lord will come in fury and I fear the descriptions of the Bible probably do not do it justice.

There is only one way to be safe and saved from the dangers of sin and death and the decay of this broken world. 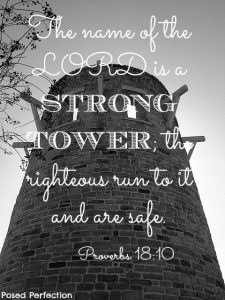 The name of the LORD is a fortified tower; the righteous run to it and are safe.

In ancient times, the safest place to be when the onslaught of battle swept over the land was behind the city walls and up in the fortified tower. In the onslaught of suffering in this world, or in facing the dangers of God’s judgment— where can we run to be safe?

The name of the Lord is a fortified tower…

The name of the Lord is… JESUS!

There is only one way to be safe from the utter separation from God through all eternity and from being lost and aimless in the suffering of this world. There is only one person who is “safe” for us to hide in. Only the willingness of Jesus to die on the cross and bear the wrath of God’s judgement for us is enough. Because he placed himself in the most unsafe place in the universe— at the wrath of God’s judgement and in the midst of utter abandonment and separation from his Father— because he did not cling to the safety of the throne, but threw himself into the fires of destruction— now we know that once we accept Him we are safe. We are safe because of Jesus.

For Salvation is found in no one else, for there is no other name under heaven given to mankind by which we must be saved.” (Acts 4:11) (NIV)