A Sermon of Grace 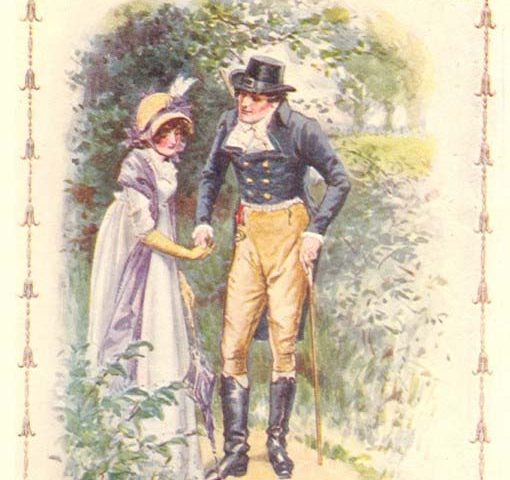 The following is an actual conversation with Gracie, not too long after the “sermon” she preached to me from my last posting.

Gracie: Mama, you know Jesus’ blood washes the people of the whole earth. Jesus dies on the cross between two thieves, and His blood washes us…. But some people don’t like the blood….

Me: [Half astounded] That’s true, Gracie. Some people don’t like the blood. They don’t want to admit that they need Jesus to save them.

Gracie: [Wholly astounded] But Mama! Jesus is the HERO! People need him to rescue them from danger!

This whole conversation got me thinking about ‘heroes” and our need for them. There don’t seem to be too many heroes in our popular culture. The media’s favorite past time is to raise up a “hero” simply for the sport of tearing them down. I think the result is our tendency to look for fictional heroes to fill the void we feel for real ones. Maybe that’s why we rush into escapism in stories— to get a “hero fix.” Is this why so many women love Jane Austen and so many men love James Bond and Lord of the Rings? I think we might be staring right into some deep longings of the human heart and its search for a hero. I know I’ve shared this idea with you before, and I share it again because it is the basis of where we are going today. C.S. Lewis once said every story has a whisper of the Gospel in it. It is so implanted in our hearts we can’t help but reflect it out. Let’s take a moment to pick apart this idea by examining Jane Austin’s Pride and Prejudice and JRR Tolkin’s Lord of the Rings because both of these stories illustrate how the human heart burns for the beauty of the Gospel— for a true hero and a truly heroic friend. While today’s devotional is not heavy in scripture, maybe if we press into them from Lewis’ perspective this is an exercise we can use to find the real hero we need.

First, let’s unpack one of the greatest love stories in literature, Jane Austin’s Pride and Prejudice. For illustration’s sake; here’s the synopsis: Elizabeth Bennett is beautiful, with keen intellect and rare wisdom. She is a great catch, but for one problem— her low station in society. Mr. Darcy is a man of wealth with the expectation that he will marry within his “sphere” of privilege. He can’t help falling in love with Elizabeth, in spite of her flaws and clear disdain for him. But, just as Elizabeth begins to be intrigued by Mr. Darcy her younger sister, Lydia, foolishly runs off with the scoundrel Mr. Wickham. This business has the potential to ruin the family, and there is now no way Mr. Darcy will continue to pursue Elizabeth.

Amazingly, Lydia actually returns married to Mr. Wickham, but, Wickham is a scoundrel! This means someone had to lay out a great deal of money to satisfy him to accept the arrangement. We are led to believe the girls’ uncle was “the hero.” We find out by a slip from Lydia that in fact, it was not their uncle, but Mr. Darcy who was the true hero. He acted for no glory to himself, nor was he acting the “typical hero,” instead he quietly laid down everything necessary to rescue her. Darcy did this knowing if Lydia returned unmarried the scandal would block any designs he had on Elizabeth. His motivation was to rescue Elizabeth and her family from shame and clear the way, the road block that would keep them from being together. But remember Darcy does this knowing his relationship with Elizabeth was tenuous at best, and after laying it all down she still might reject him. Yet, he was willing to do it all because he wanted her.

I’m wondering if you are seeing any Gospel echoes here?  Do you see the true hero who quietly laid down everything necessary to rescue you? No glory to himself, no “typical” hero clad in armor, just quietly and humbly letting go of His life for you. Why? Because He wanted you. He went to the cross to clear the way— to remove the block of sin that would keep you from Him so that He could be with you, and yet even knowing still you might not choose Him. You know, when Elizabeth Bennett sees to what great lengths Darcy went to rescue her and her entire family from shame she is astonished. She comes to the realization that this was done for her and the feelings that well up in her are not feelings of “obligation” or duty or some sense of needing to repay the debt… no— it is love returned. Do you see that in your own relationship with the Lord? Are you so astonished by His wanting you and willingness to lay it all down for you? Are you so in awe and wonder at it that your response is a heightened experience of love for Him? Do you see, He is your One True Hero!

I would point out, however, that unlike Pride and Prejudice’s “happily ever after ending,” your story- God’s story keeps going! And God wants your participation in weaving His grand story. Why did he do it all for you— yes, because he wanted you! But this world is a battle ground with the enemy and he rescued you for a purpose… to be friends in battle! Another brilliant observation made by C.S. Lewis was that friends stand side by side with a common goal and interest. When you stand side by side with Jesus you are staring at the battle ground with the common interest of fighting the brokenness of this world. As a friend of God you are here to act as an agent of rebellion against the enemy. So while Pride and Prejudice may give us a Gospel Whisper of Jesus as “One True Hero,” it is JRR Tolkein’s Lord of the Rings trilogy that gives us the Gospel Whisper of Jesus as our One True and Heroic “Friend.”

Frodo and Sam’s story reflects this kind of friendship. They stand side by side looking out at the Epic mission to fight evil by dropping the Ring of Power into the fires of Mount Doom. Maybe you don’t feel like your everyday life is much of an epic adventure with the Lord, (although, I don’t know, sometimes that laundry piled up in my house feels a lot like scaling Mount Doom!) But seriously, I am here to tell you that God’s story is Epic and you are a significant part it!  As a whole Tolkein wrote this as a story of heroes in friendship, and in the relationship between Sam and Frodo I see a few places where Sam is the Christ-like figure. Sam is the encourager and the carrier. When Frodo loses heart on the outskirts of Moordore, it is Sam who says: “Let’s just make it down this first hill for starters.” When Sam and Frodo reach the bottom of Mount Doom, Frodo can’t continue. Sam lifts him onto his shoulders and says: “I can’t carry the ring, but I can carry you!” Sam is the heroic friend who carries Frodo through.

Do you see the Gospel here? Jesus is your encourager. Does the brokenness of this world grieve you so intensely that you think:  “What could I do that would make difference?” Are you yourself burdened by your own struggles and brokenness? Jesus stands beside you and says, “Just press forward in my name for starters.” Jesus is also your carrier. You’re on a mission with Him, but you have to participate! He can’t do the hard work for you, but if your heart is willing, then no matter what Mount Dooms you come up against, He is the hero who will carry you.

In John15:13 Jesus says: “Greater love has no one than this, that he lay down his life for his friends.” Jesus is The One True Friend. He is The Hero who laid his life down for you. It was his blood spilled on the cross that rescued you and set you free. He is the one who set aside himself and he carries you through every struggle and every battle. In those acts he is entreating you to reflect his image and lay down your own life, let go of your “self” and admit— you need a hero. But I think it’s our natural condition to deny this. Instead of looking for the real hero we escape into stories— not realizing the hero in every story is only a dim reflection of the ultimate hero. Or instead of admitting we need a hero, we try to “do it ourselves” letting our pride keep us from being rescued.

Whether you want to admit it or not, you DO need a hero to rescue you, just like Elizabeth Bennett needed a hero to rescue her. Whether you admit it or not, you DO need a heroic friend who will carry you, just like Sam carried Frodo. Do you see who the real hero is? Or is some of your own heart still in rebellion, not wanting to admit that you need to be rescued… you need to be carried… you need someone with “no greater love than this” who would give up His life and shed His blood to save you….

Me: That’s true, Gracie. Some people don’t like the blood. They don’t want to admit that they need Jesus to save them.

Gracie: But Mama! Jesus is the HERO! People need him to rescue them…